By Gill Gillespie and Walt Martin 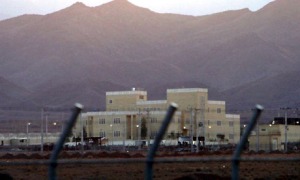 We have deliberately not mentioned Rouhani in our title because, as all Iranians (and informed non-Iranians) know, he is not the leader of Iran.  The brutal and barbaric leader is Ali Khamenei who wields almost total control over the people of Iran, mercilessly persecuting them, as all NGO’s report to the world and its leaders every single day.  Rouhani is not a moderate, he is Khamenei’s right hand man.  There have been over 130 ‘executions’ since he was, loosely-speaking, ‘elected’.  We use these adjectives deliberately, since voters are forced to vote for only candidates directly selected by Khamenei.  Human rights violations have rapidly accelerated since the election and yet it can be argued to be astonishing that some world leaders continue to appease this appalling regime.  We believe it is also rather shameful that, as the P5 negotiations start today, no one who will be sitting around that table appears to be including the regime’s continuing atrocities in either their comments, or on their agendas.

The Iran regime is very well used to manipulating the West, developing nuclear facilities apace, with the US under Obama and Kerry always several steps behind.  This has variously allowed the regime to ‘cleanse’, dismantle and remove nuclear storage in plenty of time for the EU’s cumbersome and procrastinating approaches.  It also executes hundreds of people every year under the thinly-veiled guise of ‘drug offences’, as well as withholding their names.  We wonder why world leaders are also silent on this issue.  Whilst noting that the Obama Administration still seems to be listening to discredited regime lobbyists, it was, however, encouraging to see Senator Mark Kirk’s article in The Telegraph yesterday, in which he rightly pointed out that to appease the Iran regime would be the wrong thing to do.  These are some of his wise words (with apologies for only using some of them, for the purposes of relative brevity):

“On October 5 1938, Churchill rose in the House of Commons to speak about the agreement Neville Chamberlain had reached with Adolf Hitler in Munich. In explaining his opposition to appeasement, Churchill quoted the Anglo-Saxon Chronicle from 1,000 years before, on the payment of Danegeld: “All these calamities fell upon us because of evil counsel, because tribute was not offered to them at the right time nor yet were they resisted; but when they had done the most evil, then was peace made with them.”

“Is Britain at risk of making the same mistake again? To answer that, we need to outline Iran’s primary objectives. First, its Supreme Leader, Ayatollah Ali Khamenei, wants relief from the economic sanctions imposed by our nations and others, in order to secure his hold on power. The Islamic Republic remains a brutal dictatorship that persecutes and tortures its own population. In a society of young people who do not share the mullahs’ radical Islamist vision, the Supreme Leader knows his regime cannot remain in power for long if the economy continues to deteriorate.”

“Meanwhile, according to official US estimates, the Islamic Republic could flight-test an intercontinental ballistic missile capable of reaching both sides of the Atlantic by 2015. And lest we forget, it remains the world’s leading sponsor of terrorism. It serves as a critical facilitator for al‑Qaeda, was responsible for last year’s terrorist attack in Bulgaria, which killed five Israeli tourists, and has played a key role in propping up the murderous regime of Bashar al-Assad.

So when negotiations with Iran begin tomorrow, it is no exaggeration to say that David Cameron must choose between two Conservative legacies – that of Winston Churchill, or that of Neville Chamberlain.

The first of this pair would call the offer on the table at Geneva what it is – appeasement. He would opt to maintain maximum economic pressure on the Iranian regime until its Supreme Leader fully dismantles his entire nuclear programme and ends his global sponsorship of terrorism. He would not trust a barbarous dictatorship which, as he said in that 1938 speech, “derives strength and perverted pleasure from persecution”.

Chamberlain, by contrast, would see a nation turning inward after years of war abroad and economic stagnation at home. He would agree to provide Iran with sanctions relief in exchange for superficial, face-saving concessions that would leave its rulers with the capability to pursue a nuclear breakout in the future. To paraphrase Churchill, he would choose dishonour and inherit war.

Seven years ago, the Security Council ordered Iran to halt its entire nuclear programme. We should not change course now and reward the Islamic Republic for agreeing to do something far less. In 1938, Churchill used the perfect metaphor to describe the lunacy of such diplomacy: “£1 was demanded at the pistol’s point. When it was given, £2 were demanded at the pistol’s point. Finally, the dictator consented to take £1 17s 6d and the rest in promises of goodwill for the future.”

“My colleagues in the US Senate and I will not be fooled by hollow declarations of “peace for our time”. We will not accept any level of uranium enrichment on Iranian soil. We will not accept an Iranian plutonium reactor. And unless we see Iran take immediate steps to comply with all its Security Council obligations, we will move forward with a new round of sanctions targeting all remaining Iranian revenue and reserves.”

We believe that Senator Kirk is right.  The most important thing that world powers can do, for the sake of the world, is put so much pressure on the Iran regime that it is forced out of existence.  It has to be, for the sake of the religious, ethnic and political minorities, men, women and children regularly imprisoned, tortured and executed in Iran.  It has to be, for the sake of the innocents slaughtered should they show any dissent of any kind against misogyny, barbarism, amputations, floggings, stonings and public executions.  Ask us for evidence, we have been collecting this data every single day for over four years, as have many other NGO’s around the world.  Some examples are Amir Hekmati, a former US Marine sentenced to death for ‘spying for the US’ when he was simply visiting his family in Iran.  Poets and bloggers such as  Hashem Sha’bani Nejad and Mohammad Ali Amouri Nejad who should have been safe in Iraq under the protection of the UNHCR but were forced back to Iran.  Kurdish men and women like Hamed Ahmadi, Sedigh Mohammadi and Zeinab Jalalian, sentenced to death because they are Kurdish and dared to oppose the barbaric Iran regime.

International campaigns and attention are effective.  The regime hate it when this happens, as in the cases of Pastor Saeed Abedini and Sakineh Ashtiani.  Pastor Saeed was sentenced to death because he chose Christianity over tyranny, Sakineh because her husband accused her of alleged adultery.  Both of these things are punishable by death, according to Khamenei’s interpretation.  Khamenei even imprisons his own clerics, such as Ayatollah Boroujerdi, because they advocate the separation of religion from politics.  Thanks to international campaigns from supporters around the world, and backing from people such as Senator Kirk, the death sentences for Sakineh and Saeed were commuted, albeit to long prison sentences. We argue, however, that these innocent victims of the Iran regime should never have and should not have to spend even one day in prison, in the hands of a regime which is well known for torturing prisoners until they confess to crimes they did not commit.

The regime must be forced out of existence to reduce global terrorism.  It must be forced to release all political prisoners and they must be allowed to leave the country and reach safe havens elsewhere.  The seven people kidnapped from Camp Ashraf in Iraq must be released.  The children who are in prison because the regime waits until they are 18 then executes them must be released.  All of the people mentioned above, and all of those unjustly imprisoned, but also receive their freedom, unconditionally.

We believe there must be no concessions whatsoever made to the Iran regime.  They must be made to completely dismantle their nuclear programme for the sake of the world, and the world must listen, when people like Senator Kirk and Iranians around the world speak on behalf of the people currently trapped inside what they describe as the world’s largest prison.  Khamenei continues to impose a regime on his people that is more brutal than those during the Dark Ages thousands of years ago.  We believe there is no place for such a regime in a civilized world.