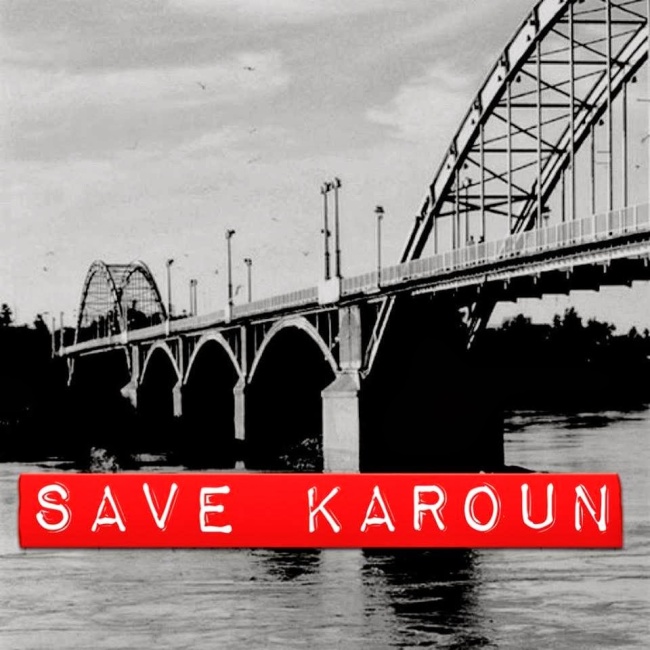 This is the second post in a series of two by Rahim Hamid, on the serious lengths the Iran regime is going to in Ahwaz to damage the environment and consequently, the livelihoods of many thousands of men, women and children living in this region:

“Having access to safe drinking water and sanitation is central to living a life in dignity and upholding human rights. Yet billions of Ahwazi Arab people still do not enjoy these fundamental rights.

Although Ahwaz has huge water resources, (about 33% of Iran’s total), the region is suffering from a serious water crisis. The water crisis has caused by ecological mismanagements of Karoon River; the largest river flow through Ahwazi lands .since 1979, Iranian revolution, and the karoon has faced more than 400 incidents of serious contamination. Beside the policy of land confiscation, a parallel policy against Ahwazis is being practiced that is diverting water of main river course in Ahwaz such as Karoon, Al-karkha, and Al-Jarrahi and pumping it to central Persian areas such as Isfahan, Yazd and Kareman for the purpose of irrigation. This happens while they deprive the Arab farmers of utilizing this water and make their struggle for survival very difficult and very frustrating. Periodically they fabricate flood via their dams that are known as Arab killer Dams that have been constructed for this purpose in order to demolish the infrastructure of Ahwazi Arab villages and their fertile lands to restrict their brutal circle force on Ahwazi Arabs farmers to abandon their lands and look for other alternatives for make living. They consequently facilitate the displacement of Arab people and confiscations of their arable lands and demolition of Arabian villages and the countryside of Ahwaz.

Environmental campaigners in Ahwaz City formed a human chain along the Karoon River in the current days in protest at the river diversion project.

The drying of the River Karoon is becoming a rallying point for Ahwazi Arabs, who   accuse the Iranian regime of presiding over an ecological disaster on a par with the destruction of the Amazon.

The mega-project involves the construction of dams and tunnels to divert water away from Iran’s largest river which flows through the city and is essential for farming, drinking water and the local ecology. Controversy surrounds the Koohrang-3 tunnel, which is currently under construction and is set to transfer 255 million cubic metres of water per annum to Zayandeh Rood in Isfahan. The diverted waters will be used for agro-industrial projects, instead of irrigating traditional Arab lands where food staples are grown, such as rice and wheat. Already, three tunnels transfer around 1.1 billion cubic metres of water from the Karoon and its tributaries to Isfahan every year.

Due to the dam projects, around half the Karoon’s water flow is now waste water. This will reach 90 per cent when Iran’s dam building project is completed, according to Iranian scientists. The Karkheh and Jarrahi tributaries are now almost dried up and Ahwazi activists fear the Karoun – Iran’s only navigable river – will now dry up. Already, the region’s marshlands on which many Ahwazi Arabs traditionally depend for their livelihoods are a fraction of their former size due to the dam projects. Because of the dam projects, the Ahwazi environment will be destroyed and Ahwazi Arab will be forced to move to other cities in addition to contracting intestinal and renal diseases and different kinds of cancer… This will speed up the Iranian colonial plan of ethnic cleansing of Ahwazi Arabs.”